On Sweet Teeth, Dessert, and the SLCa2 Gene 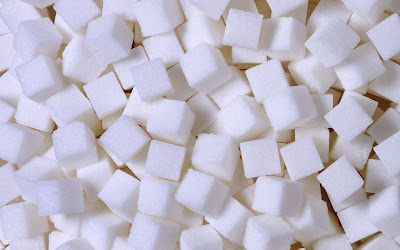 My family frequently makes fun of me for what they see as my complete and utter lack of a sweet tooth. They just don’t understand how two scoops of Kahlua Brownie Fudge can leave me cold. Or how I can pass on the tiramisu. Or do without the strawberry-glazed cheesecake. As far as they’re concerned, there’s no such thing as a too sweet dessert.

Which puts me in mind of Paul Simon’s “one man’s ceiling is another man’s floor.”

But, I argue back, think about this: the word dessert has nothing to do with sweet. Nothing whatsoever. It comes from the Middle French dessert which meant “last course,” or, literally, “the removal of what has been served,” from desservir, “to clear the table.” Fruit and cheese, for instance, were often the last things served and so, I argue, qualify as dessert. Technically, anything can be considered dessert if it’s served last.

But that’s a technicality. In reality, if you’re going to serve a dessert to almost anyone other than me, it had better be sweet.

Once I even tried researching the matter online. “Why do people want sweet desserts?” I typed in. Apparently six years ago, someone asked the same question and received the following responses: “What other kind of dessert is there beside sweet desserts?” “Because sugar tastes good and that’s [sic] the way taste buds are.” Hands down, my favorite reply was: “Is this a trick question??”

The more I researched the matter, the more “scientific” evidence I discovered, all explaining why my family craves sugar. Because evolutionarily, our species sensed that sweet foods are more nutrient-rich than bitter ones (but wait: aren’t we told that kale is the über-vegetable?). Because breast-milk is sweet and so from infancy on, sweet is our favorite taste.

I even came across an explanation of why some people crave more sugar than others. According to a group of geneticists from Toronto, “people with a certain DNA difference in their SLCa2 gene ate more sugar than people with other versions. The researchers hypothesize that these folks may have brains that are less sensitive to the amount of sugar in the blood. Which means they may need to eat more sugar to feel full.”

By this logic, it’s not my family’s fault that they can’t control themselves in a pastry shop or ice cream parlor. It’s genetic.

Here's a thought. If you, like me, lack the SLCa2 mutation, let me know what your favorite dessert is. There’s power in numbers. Maybe, just maybe, we can petition for walnut-black pepper biscotti or (fill in the blank) to join the ranks of the cannoli and tiramisu on the dessert menus of the world.

Posted by Ina Lipkowitz at 2:21 PM