On Food and Comfort 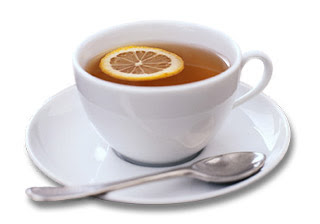 Well, it’s the calm after the storm. Literally. It’s a sunny not-a-cloud-in-the-sky morning a few days after Hurricane Irene blasted and blustered its way up the eastern seaboard, flooding and pummeling towns from North Carolina to Maine. Luckily, where I live in eastern Massachusetts, things weren’t as bad as predicted. Nevertheless, like the rest of the East Coast during the days leading up to the storm, we had no way of knowing that we’d be spared, so it’s no surprise that by the time Saturday evening rolled around, supermarket shelves were practically bare. Gallon containers of water were, as always, the first things to sell out. But what went next? What would you buy if you thought you were likely to be housebound for the next few days without power? Forget about meat and dairy products. You’re not going to be able to cook the meat; and anything dairy will turn rancid within hours.
The United States Coast Guard helpfully posted a “72 Hour Suggested Hurricane Supply List,” including sensible and nutritious foods that require neither cooking nor refrigeration: dried fruit; peanut butter and jelly; bread; canned meats, fruits, and vegetables; crackers, granola bars, and trail mix. But in addition, they suggested laying in supplies of what they called “comfort/stress foods,” some examples of which are “cookies, hard candy, sweetened cereals, lollipops, instant coffee, and tea bags.”

Now I have to admit that personally, when I think about comfort food, it’s not sweetened cereals and lollipops that come to mind. Nevertheless, that the United States Coast Guard should have included such a category on its supply list struck me as a perhaps surprisingly compassionate recognition that food does so much more than provide necessary protein, vitamins, and minerals. Food doesn’t just sustain nutritionally; it nourishes us emotionally as well. Of course we know this already, which is why so many of us turn to the foods that comfort us the most when we’re going through stressful times. According to a recent opinion poll, among the most frequently named comfort foods in the United States are apple pie, baked beans, beef stew, chicken soup, fried chicken, green bean casserole, macaroni and cheese, mashed potatoes, meatloaf, pot roast, pudding (whether chocolate or tapioca), pumpkin pie, tomato soup, and tuna casserole. It’s no accident that most of these foods require very little in the way of chewing; they’re the foods that remind us of our childhood when, presumably, doting parents lavished love and attention on their offspring whom they protected from a threatening world. Very few of these comfort foods qualify for the Coast Guard’s hurricane list, so I suppose, all things considered, cookies, candy, and sweetened cereals speak to some of our nostalgic desire for the foods we loved as children when the going gets tough in the harsh and unpredictable world of adulthood.

In this context, I thought I’d share a bit of word-history that turns out to be surprisingly appropriate as I launch this new blog about food words. In the now-vanished tongue that lies behind many of the world's languages today, food was known as pa. Now here’s the interesting part: all those millennia ago, the word didn’t just refer to the stuff that sustains our bodies nutritionally; it encompassed the act of protection as well. Pa didn’t distinguish between the foods that nourish our bodies and the things that protect us from a potentially hostile world. Perhaps even back then, people had their comfort foods, whatever they might have been.
A lot of other words that we use today trace back to pa, often meandering their way into English through other languages. “Pabulum,” for instance, is our word for the pasty mush we give our children after they’re weaned from the breast, but in Latin, pabulum, from pa, meant “food.” Similarly, “pastor” is our word for a spiritual leader, but in Latin, it meant “shepherd,” or the one who works in the pastures (also etymologically related), the place from which our food emerges. One final example of a pa-derived word: panis, Latin  for bread. If you look closely, you can see the pa in our English “companion," literally “one with whom we break bread."

I find it enormously appropriate that the words we use to signify our children’s first food, the earth that gives us physical food, the provider of spiritual food, and the people with whom we choose to share our food should all be linguistically related, all tracing back to the single, very ancient, and curious-sounding syllable pa.
My conclusion? Food is not simply what we buy at the store, but the very stuff of our lives—personal, physical, spiritual, and sociable. It's no wonder that when the outside world looms menacingly on the horizon, we turn to food for comfort.
Posted by Ina Lipkowitz at 4:38 PM