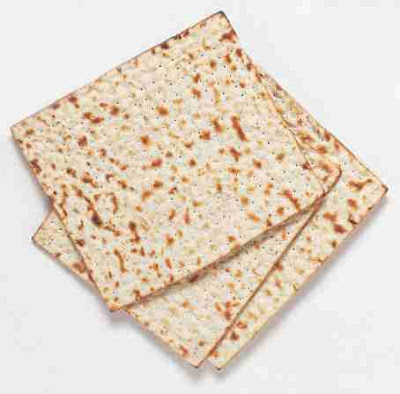 If you’re a foodie at heart, you’re bound to appreciate a holiday that tells its story through food. Sure, plenty of holidays are associated with a particular food—like Thanksgiving with turkey, for instance, or Christmas with fruitcake—but how many holidays can you think of that positively require specific foods?
I’m thinking in particular of Passover, the holiday that begins this evening and that commemorates the ancient Israelites’ liberation from slavery in Egypt. The other name of the holiday is the Festival of Unleavened Bread. I rest my case. Is there any other holiday that’s named after food?
Now, you may or may not believe that Moses ever really stood up to the Egyptian Pharaoh demanding that he, in the words of the old spiritual, let my people go, and you may or may not believe that the waters of the Red Sea miraculously parted so that the Israelites could escape from their pursuers, but you can’t deny the symbolic power of the foods on the Passover table. 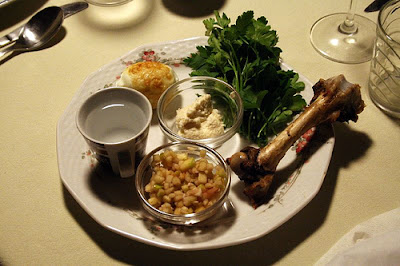 But symbolism’s a tricky thing. It’s a lot easier to say that something’s symbolic than to say precisely what it is that’s being symbolized. Consider the case of matzah, the unleavened bread that gave the holiday its other name.
Most people know that you observe Passover by eating matzah for eight days—but why? A popular explanation holds that the Israelites had to flee so quickly that they didn’t have time to let their dough rise. In other words, matzah symbolizes their flight from slavery. Sounds convincing.
But there are other explanations. Back in the biblical days, for instance, leavening was seen as a kind of fermentation and fermentation was seen as a kind of putrefaction, so who can be surprised that fermented foods weren’t particularly well esteemed? “No grain offering that you bring to the Lord shall be made with leaven,” the Bible tells us in no uncertain terms. So maybe matzah stands in for a purer sort of bread than the regular leavened stuff we eat the rest of the year. Maybe it resembles the wafer-like manna that God rained down on the Israelites as they wandered through the desert for forty years. This sounds convincing too. 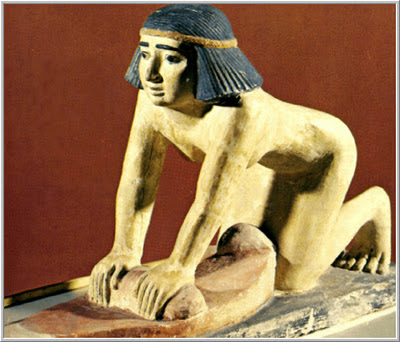 On the other hand, maybe matzah has more to do with the fact that the former slaves wanted no part of Egyptian culinary practices and the Egyptians were known throughout the ancient world as master bread bakers who had unlocked the mysteries of invisible wild yeast. Plenty of funerary figures depict kneaders, bakers, and towering loaves of obviously yeasted bread.
When you think about it, all three explanations make sense, which suggests that no one really knows for sure precisely why we eat unleavened bread for the eight days of Passover. But that’s never stopped anyone from eating it, has it?
By the same token, is anyone other than me confused by two other foods required on every Passover table? Bitter herbs and charoset—which, for those of you who don’t know, is sort of like an apple-pie filling with the addition of chopped nuts, cinnamon, and sweet wine (at least that’s what charoset is in the tradition I come from). The bitter herbs, every child learns, are there to remind us of the bitterness of life in slavery, and the charoset is supposed to represent the mortar the Israelites used to build the pyramids for their Egyptian masters. 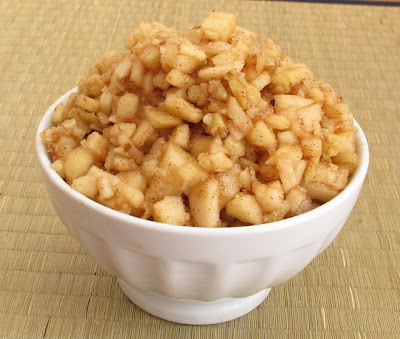 Now here’s my confusion.
I don’t have much of a sweet tooth. It’s safe to say that most people like sweet a whole lot more than I do and I can only assume they always have. So why would they have symbolized mortar, the sign of slavery, with a sweet apple pie filling? I don’t get it.
By the same token, I’ve got an issue with the bitter herbs because what I lack in the sweet tooth department, I more than make up for in the hot, bitter, sour, and otherwise sinus-opening department. But if you go by the logic of the Passover table, I’m craving the very thing that’s symbolizing the bitterness of slavery. Now, my taste buds might be a bit unusual, but I’m not alone in preferring horseradish to syrupy sweet red wine. According to Greek mythology, the ancient Delphic oracle told Apollo that “The radish is worth its weight in lead, the beet its weight in silver, but the horseradish its weight in gold.” As far as I’m concerned, the Delphic oracle made quite a lot of sense—at least as far as horseradish is concerned. 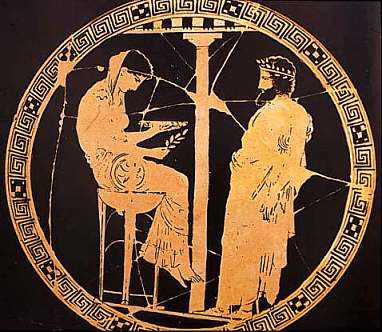 In the end, then, perhaps it’s symbolism in general we like more than specificity, precision, or even logic. Apple pie mortar? Why not?
Or perhaps it’s simply that we like to eat.
Posted by Ina Lipkowitz at 11:18 AM