In Praise of Yogurt 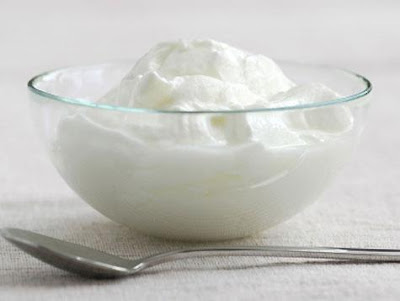 People are funny, aren’t they? You never know what they’re going to have in their refrigerators: a battalion of miniature jars of capers, olives, and assorted international sludges whose labels provide no help whatsoever in identifying their contents; or, on the other hand, nothing that doesn’t declare itself to be “fat-free,” or to have “no added sugar,” and “no artificial ingredients." Next to the books on their bookcases, the things in their refrigerators tell you a lot about people (so, by the way, do the things they put on the conveyor belt at the supermarket and I often imagine myself a contestant on Food Network’s Chopped as I try to figure out what dinner I could possibly concoct out of, say, chicken thighs, apricot jam, onion soup mix, and tomato juice).
If you were ever to open the door of my refrigerator, you’d probably think I’ve got some sort of dairy fixation. You wouldn’t be wrong. I’m never without at least two gallons of milk, a pound of butter, cream cheese, extra-sharp cheddar cheese, parmesan cheese, and feta cheese. But the most blatant tip-off would be the sheer percentage of my refrigerator’s total capacity allocated to yogurt. To large tubs of plain yogurt, that is. I eat it with granola for breakfast. I eat it with mangoes for lunch (as those of you who read my post on mangoes already know). It often features in dinners as well, whether as a raita to accompany an Indian meal, as tsatsiki if I happen to be cooking Greek, or simply strained into a labne to go with almost anything at all. You’re never going to catch me without at least four or five 32-ounce containers. And here’s where I’ll drop my usual diplomatic live-and-let-live attitude and speak my mind. 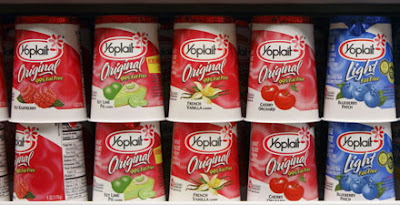 I simply have no patience with those tiny little single-serving containers of flavored yogurt. Bad enough when your choice was limited to some sort of berry or to vanilla, coffee, or peach. But now all hell’s broken loose and you can pile into your cart the likes of Boston Crème Pie, Key Lime Pie, Pina Colada, and even Chocolate Mousse. Oh come on. It’s yogurt. It’s not supposed to taste like dessert. It’s supposed to be tangy.
Its very name is our mispronunciation of a Turkish word that means, roughly, “to condense”—because that’s what yogurt is: condensed milk. Almost every culture’s got some kind of condensed or thickened milk, from the Middle Eastern staple labne to German Quark and Icelandic skyr. Some years ago I was reading an early 19th-century manual for young brides called The New Female Instructor, or A Young Woman’s Guide to Domestic Happiness and I was flummoxed by a reference to something called Boniclapper. It was described as “milk which has stood till it has become of a pleasant sourish taste and of a thick slippery substance.” Yogurt, in other words. A bit of research revealed that boniclapper is from the Gaelic bainne, milk, and clabair, sour. The Scots brought it with them when they emigrated to the Appalachian mountains, which is why “clabber” was a popular breakfast in rural areas of the South until pasteurization put the kibosh on the process. 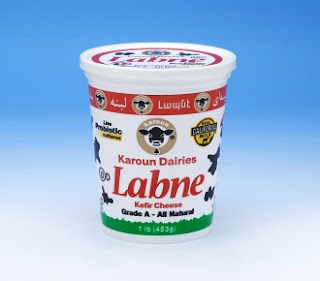 Now, who doesn’t know that condensed milk is sour? And it’s sour because it’s fermented, which means, for those of you who enjoy a bit of kitchen chemistry, that the lactose in milk has been converted into lactic acid. All those –ose words are sugary: think fructose, sucrose, and glucose. Acid, on the other hand, isn’t sweet at all. My point? That yogurt is not meant to be sweet. It’s meant to be acidic. Tangy. Sour. Tart. 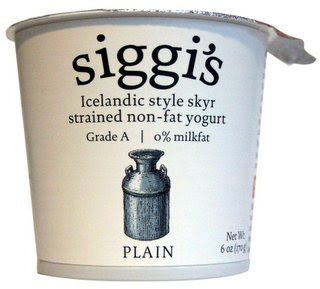 What is it about us Americans that we take something that was born to be tangy and then go and sweeten it past the point of recognition?
So here’s my plea. The  next time you find yourself standing in front of the dairy case at your local supermarket, resist the urge to go for the Chocolate Éclair or Cherry Cheesecake. Try the plain variety that people the world over have been enjoying for centuries. Enjoy its acidity. Savor its glorious tanginess. Revel in its sourness. And, if you absolutely need to, you can always cut up some fruit. I’ll even look the other way if you spoon in some jam. 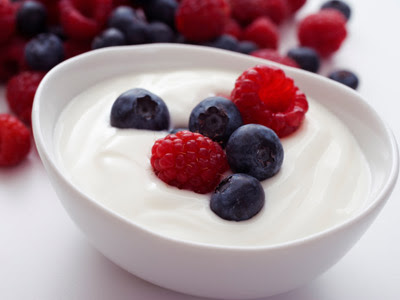