A Pot of Basil 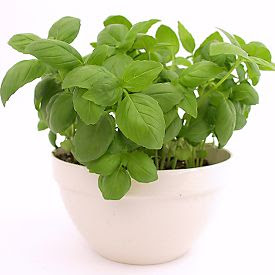 How’s this for a story? Your family wants you to marry a rich nobleman but you fall for a humble workman instead. When your family murders him, his ghost comes to you in a dream and tells you where his body is buried. You dig him up, cut off his head, and plant it in a pot of basil, which you water with your tears for evermore.
That, believe it or not, is the legend of Isabella and her pot of basil, included in Boccaccio’s Decameron, adapted by the English poet John Keats, and lavishly— and often ghoulishly—painted throughout the 19th century by the likes of William Holman Hunt and Sir John Everett Millais. Not quite up there with those more famous star-crossed lovers Romeo and Juliet, but what the story lacks in credibility, it more than makes up for in culinary curiosity.

Why, you have to wonder, would a young woman bury her lover’s head in a pot of basil?
Because she was fond of pesto sauce? Because you never know when a yen for a salad caprese will come upon you? As far as I’m concerned, those are two entirely valid reasons to always have a pot of basil on hand, whether watered with tears—or, as is more often the case, with plain old water (and a little plant food every now and again).
But there’s got to be more to the story. Why didn’t Isabella bury him in oregano?
Well, it turns out that Lorenzo (the poor guy’s name) wasn’t the only one buried beneath basil—or at least something that sounds sort of basily. How about Saint Peter, the head (so to speak) of the early Christian church? Tradition holds that he’s buried under the church known in Italian as the Basilica Papale di San Pietro in Vaticano, and in English as Saint Peter’s Basilica. 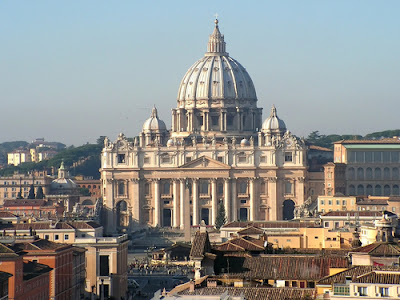 Basilica and basil. How’s that for a connection? Both derive from the Greek word for king, basileus. Not just any old church qualifies as a basilica and not just any old herb qualifies as a royal herb either. To the ancient Greeks, basil was held in such high esteem that only kings were allowed to cut it.
And there’s more. Not only was basil believed to be an aphrodisiac (it’s still sold as an erotic fragrance on aromatherapy websites) but it was also burned during funeral rites to symbolize the love between the deceased and those left behind. Which brings us right back to Isabella and her pot of basil.
Love. Death. Saint Peter. Isabella and her Lorenzo. And you thought basil was just another herb to plant in your garden come Memorial Day. 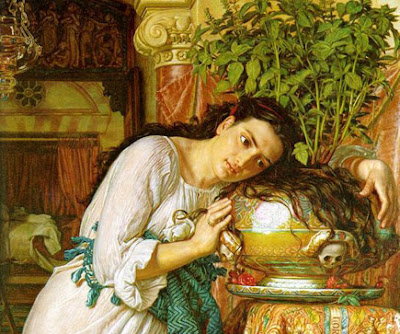