My Problem with Honey 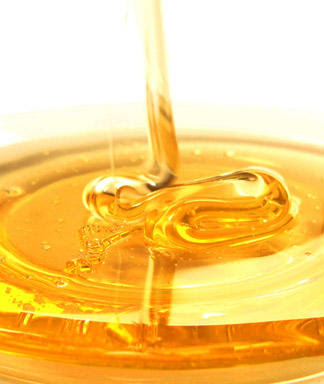 I have a confession to make. Even though it may very well cost me every last reader, I have to be honest. I don’t like honey. Don’t like it at all. Never have. Not in tea, not in ice cream, not in poached fruit. Too sweet. Too sticky. Too cloying. I don’t even like being called “Honey” and I've always taken honeyed words with a grain or two of salt. As far as I'm concerned, the land of milk and honey sounds entirely too unctuous, and when I made the discovery that mildew comes from the same root that gave French and Italian their honey words, miel and miele (they're all sticky things that have something to do with plants), I knew I wasn’t the only one who found something unsavory about the syrupy glue.
I acknowledge that I’m in the minority. Having grown up in a Jewish household (no, that’s not the minority I’m referring to), I remember my parents and siblings dipping apple slices into honey to insure that the new year would be a sweet one. I, however, always preferred the Passover meal with its sinus-opening horseradish that was meant to remind us of the bitterness of slavery during the long sojourn in Egypt. As far as I was concerned, horseradish won out over honey every time.
But now I’m older and have a dilemma on my hands. I’m no longer as rebellious as I once was and want to serve something appropriately seasonal to celebrate Rosh Hashanah. It’s just that I can’t stand the standard dessert offering—honey cake—as dreaded to me as fruit cake is to many people come Christmastime. What is it about holiday desserts? If we really liked them as much as we pretend to, wouldn't we eat them the rest of the year too? 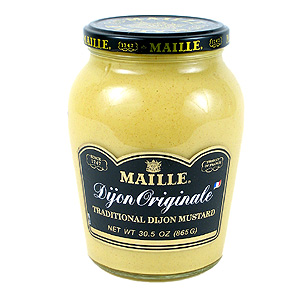 Lucky for me I discovered a solution when I was least looking for one—in, of all places, the Burgundy region of France. In Dijon, to be precise, the same city that’s given the world one of the few condiments that can give horseradish a run for its money: Moutarde de Maille. But my solution to the honey cake dilemma had nothing to do with mustard, instead arriving unexpectedly at breakfast the first morning of my stay in Dijon. Along with the standard croissants and baguette, the hotel set out slices of a tawny-colored bread I hadn’t seen before: dense, chewy, neither overly-moist nor overly-sweet, and redolent of anise, coriander, and ginger. If you’re surprised when I tell you that I didn’t leave that hotel without the recipe in hand, you clearly don’t know me. Nor should you be surprised to discover that as soon as I got back home, I set about researching the bread, which by then I knew was Pain d’Epices—or, in English, Spice Bread. To my complete and utter delight, I learned that what I’d been eating wasn’t only hauntingly-flavored, but was also a tidy little slice of history. 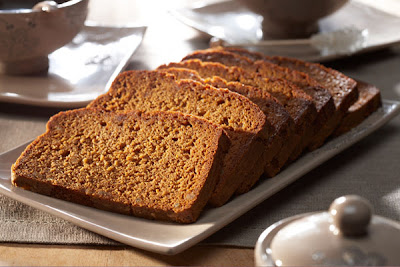 You have to love a bread with a story like this one's got. It began life a thousand years ago on the other side of the globe—in tenth-century China when the T’ang dynasty invented a recipe for what they called mi-king, “honey bread.” In the thirteenth-century Genghiz Khan’s Mongol horsemen brought it with them to Turkey and Arabia, where pilgrims and Crusaders to the Holy Land developed a taste for the bread which they dubbed with the Latin name panis mellitus, “honey bread.” The returning Crusaders brought it back to Europe where it became a favorite food of the wife of Philip the Bold, Duke of Burgundy, and later of their grandson, Philip the Good, whose place of residence was Dijon, the same city I visited centuries later.

In those chewy little slices I lingered over at my hotel every morning I realized that I'd found a way to square the circle. At last I could bake a honey cake that didn’t taste like one and didn’t even have the dreaded word in its name. It’s got enough honey to satisfy the traditionalists, but it’s also got enough spice to give your mouth something to savor other than sweet. And, to boot, it’s got enough history to satisfy even me.
Originally the bread was made of rye flour, honey, and spices; and the dough would have been left to rest for months—or even years—which would have given ample time for the honey to ferment, giving the bread a delicious yeastiness it no longer has today. The recipe I was given, though, which the hotel attributed to the nearby Chateau de Gilly, has obviously been adapted to more modern tastes and techniques. Wheat flour has replaced the rye, and baking powder the fermentation. The added sugar is probably testament to the Renaissance’s sweet tooth; and no doubt the liquor would once have been brandy rather than rum. It was during the reign of Louis XV, by the way, that it received the name we know it by today, pain d’épices, which, when you think about, is very similar to our  more familiar gingerbread, also made with spices and honey (or at least it was until it arrived in America where molasses took over—but that’s another story for another time).
If your taste buds are anything like mine and you prefer a spice bread to a cloying honey cake, this is the seasonal dessert for you.
May your New Year be sweet—and a little spicy.
Chateau de Gilly’s Pain d’Epices
3 ¾ cup flour
1 cup sugar
2 tsp baking powder
½ tsp salt
1 tbsp ground ginger
1 tsp ground coriander
1 tsp anise seeds
¼ tsp ground nutmeg
¼ tsp ground cloves
2 eggs
¾ cup honey
1 cup warm water
1/3 cup dark or amber rum
Preheat over to 400. Butter and flour two 8” loaf pans. In a large bowl, combine all the dry ingredients. In a separate bowl, whisk together the wet ingredients (only 2 tbsp of the rum). Combine the two with a rubber spatula. Spread into the loaf pans. Bake for 15 minutes. Lower the heat to 350 and bake for 40-45 minutes or until done. Cool in the pans on a rack for 15 minutes, and then turn out. While still warm, brush with remaining rum. Let cool completely.

If you want a heartier and more historically authentic bread, you can replace some of the flour with rye flour, and you can cut back on the sweetness by reducing or omitting the sugar and adding some freshly ground black pepper instead; finally, grating orange zest into the batter makes the resulting bread still more fragrant. One of the most wonderful things to do with this bread, by the way, is to spread slices of it with black currant preserves, another specialty of the Burgundy region.
Posted by Ina Lipkowitz at 9:56 AM