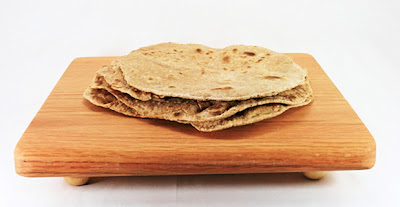 Bread. As astonishing a testament to human ingenuity and resourcefulness as the Roman aqueducts, the Great Wall of China, or the Taj Mahal—and a whole lot tastier too. Just imagine what's necessary to transform a stalk of wild grass into even the simplest unleavened flatbread: reaping, threshing, parching, hulling, grinding, combining with liquid, and baking, whether on stone slabs or in an oven.

When you think about it, bread's got something else in common with those other, more architectural, testaments to human ingenuity. Because it's produced (rather than found in nature), it too can be made in a dizzying variety of ways and from as many raw materials (grains, in the case of bread) as you can shake a stick at.
But it’s not simply a matter of wheat bread and barley bread, is it? In what area of life is difference free of judgment? Who doesn't know that wheat bread was traditionally regarded not just as different from but as better than barley or millet bread, both of which were seen as having something vaguely primitive about them, as though only those people ate them who hadn’t yet been exposed to the good stuff? By the same token, oat and rye bread were generally presumed to be the fallbacks of northern people whose colder climates didn’t allow wheat to grow. Why else did the Scots eat their dry little oatcakes and the Finns the flat barley bread called ohrarieska? And why, according to more developed countries, did less developed ones eat such flatbreads as Afghan naan, Indian paratha, Bedouin fatir, Ethiopian injeera, Mexican tortillas, Armenian lavash, and Mediterranean pita? Because they hadn’t mastered the art of leavening, were too nomadic to have standing brick ovens, or were too poor to afford the fuel required for baking towering loaves. 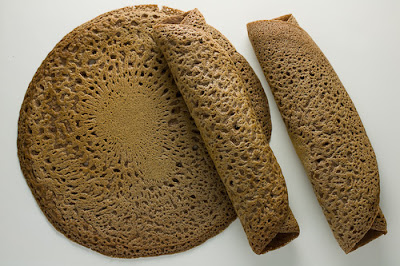 Deliberately leavened white bread was traditionally seen as the sophisticated, civilized, and better product, and although we’ve come a long way, it's telling that the words we use today still express our assumptions about what bread’s supposed to be. When it’s the leavened wheat stuff we have in mind, we can refer simply and succinctly to bread, but when we want to clarify that what we’re eating is unleavened, we have to specify flatbread.
Despite the assumptions embedded in the words we use, today we recognize that Ethiopians, Mexicans, and Arabs might not just be used to eating their injeera, tortillas, and pitas, but might actually prefer them to risen wheat loaves. Which goes to show that traditional assumptions of better and worse may be no more than acquired cultural tastes and values, in culinary matters as in other walks of life. The renowned 2 kg miche of Parisian boulanger Lionel Poilâne is not inherently better than a corn tortilla slapped between a Mexican woman’s palms and quickly browned on a cast-iron comal; it’s just that many people have been brought up to believe it’s better—and “better,” in this context, means more refined, sophisticated, and civilized. 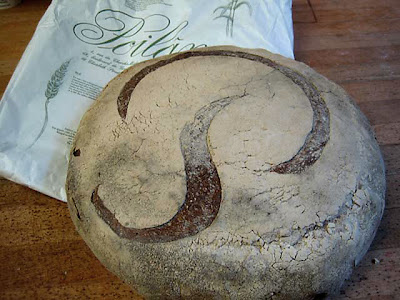 As is so often the case, food preferences and values turn out to be acquired prejudices, held all the more stubbornly  because we’re not even aware we're holding them. Until very recently, food was considered best when it had been most transformed from its natural state by deliberate, careful, and painstakingly acquired human control—but was that verdict the result of taste or of culture (if they can even be distinguished from one another)?
When it comes to bread, there’s no such thing as a natural state (it doesn’t grow on trees, after all), but still, some loaves are more transformed than others—and it’s those loaves that were traditionally the most highly esteemed: the baguettes, the miches, and the pains au levain. 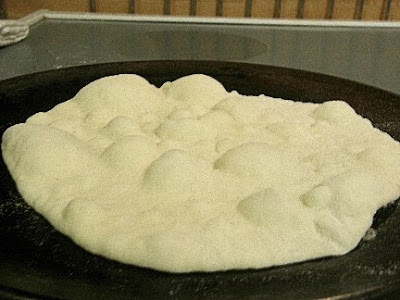 Isn’t it finally possible, though, to think of tortillas, injeeras, parathas, lavashes, and all the other wonderful flatbreads of the world not as inferior to, but simply as different from the loaves of risen wheat bread that still, almost invariably, come to mind when you think—and say the word—bread?
Posted by Ina Lipkowitz at 10:08 AM