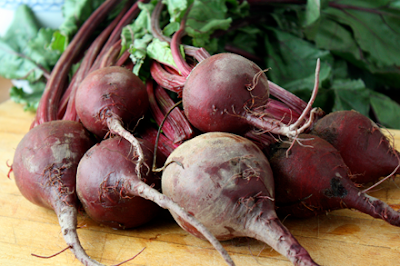 In my experience, people either love beets or they hate them. Is anyone indifferent to them? Some people just can’t get past their color. Who wants to cook something that dyes your hands that particular shade of lurid magenta? And then there’s the matter of their velvety unctuousness (shared, when you think about it, by another food even more capable of triggering spasms of primal disgust: black pudding, aka blood sausage). 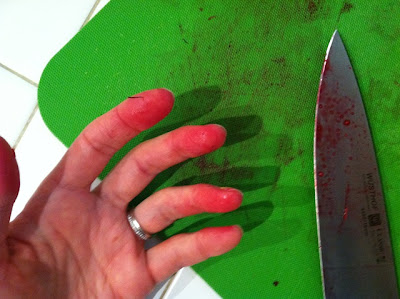 I’m one of the people who love beets but I have to admit that my love wasn’t of the love-at-first-sight variety. No, it was acquired over the years and I’m sorry to say that it wasn’t the recipes I grew up with that converted me. Back then, beets meant one thing. Well, maybe two. Borscht—whether hot and meaty or cold and served with sour cream—and pickled beets. Neither, I’m sorry to say, was I ever happy to see on the dinner table. 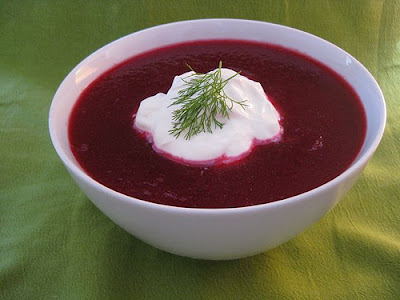 It was when I grew up and started eating out on my own that I discovered beet salad. All of a sudden it seemed every restaurant I went to had an arugula or watercress, roasted beet, and goat cheese salad on the menu. At last one night I succumbed. I ordered the salad featuring my old nemesis, the beet, cubed up and decked out in a lemony, vinagery, or mustardy dressing. Nothing had prepared me for the magic that results when the velvety suaveness of the beet is accompanied by the bracing tartness of lemon or vinegar, the tanginess of the goat cheese, all served atop a bed of peppery greens. (In truth, the cold borschts and pickled beets of my childhood should have prepared me—after all they’ve got more than their fair share of lemon juice and vinegar—but somehow I was either too young or too rebellious to appreciate that maybe my mother and grandmother knew a thing or two that I didn’t.) 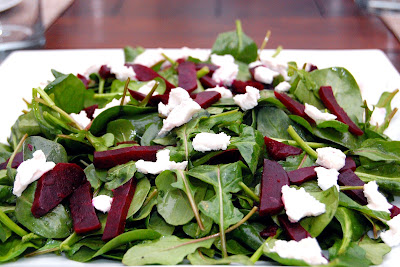 So now to my point.

Sunday, as many of you know, marks the beginning of the Jewish New Year and, as many of you also know, the holiday is celebrated with sweet foods to symbolize a sweet new year. Apples and honey feature large. But, if you’ve read other posts of mine—like the one I wrote last Rosh Hashanah on honey, for instance—you’ll know that I’m no big fan of sweet, so providing a traditional Rosh Hashanah dinner has always presented a challenge to me.

This year, though, I came across something that stopped me in my tracks. Am I the only one who didn’t know that beets are just as traditional to eat on Rosh Hashanah as honey? When I read that according to a Talmudic rabbi, “at the beginning of each year, each person should accustom himself to eat gourds, fenugreek, leeks, beets, and dates,” I felt vindicated. Gourds, fenugreek, leeks, and beets are all fine by me (dates not so much). And since I already had a big bunch of beets in the vegetable drawer of the fridge, I was all set.

Before I started cooking, though, I started wondering why the rabbi had listed those particular foods. Fenugreek? When was the last time you felt like celebrating with fenugreek? Turns out that the Hebrew name for fenugreek is rubia which sounds a lot like yirbu (at least according to the rabbi) which means “increase” which is what one prays for at the start of the year: more. More merits. More children. More money. By the same logic, beets, which in Hebrew are silka, reminded the rabbi of siluk, which means “removal,” as in the removal of our enemies. Hmmm. So, if I eat beets, I’m praying for the removal of my enemies?

Even without the tenuous connection between its Hebrew name and the demise of my enemies, I’d still rather serve beets than honey and this year, I’ll thus be honoring both my taste buds and tradition by serving up a beet salad, a lovely Moroccan one I came across in the New York Times some years ago in an article by the wonderful cookbook writer Joan Nathan. Lemony, garlicky, and cuminy, it’s the perfect side dish for those of you who want something traditional that’s also got a whole lot of flavor other than simply sweet. 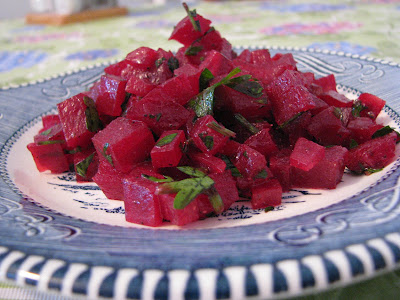 Simmer the beets in water until fork tender, about 45 minutes. Cool, peel, and cut into bite-sized pieces. Place in a serving bowl.
Stir together the lemon juice, garlic, cumin, and salt and pepper in a small bowl. Whisk in the olive oil & taste for seasoning. Toss with the beets and let sit for a few hours. Just before serving, sprinkle with parsley.
Posted by Ina Lipkowitz at 3:03 PM